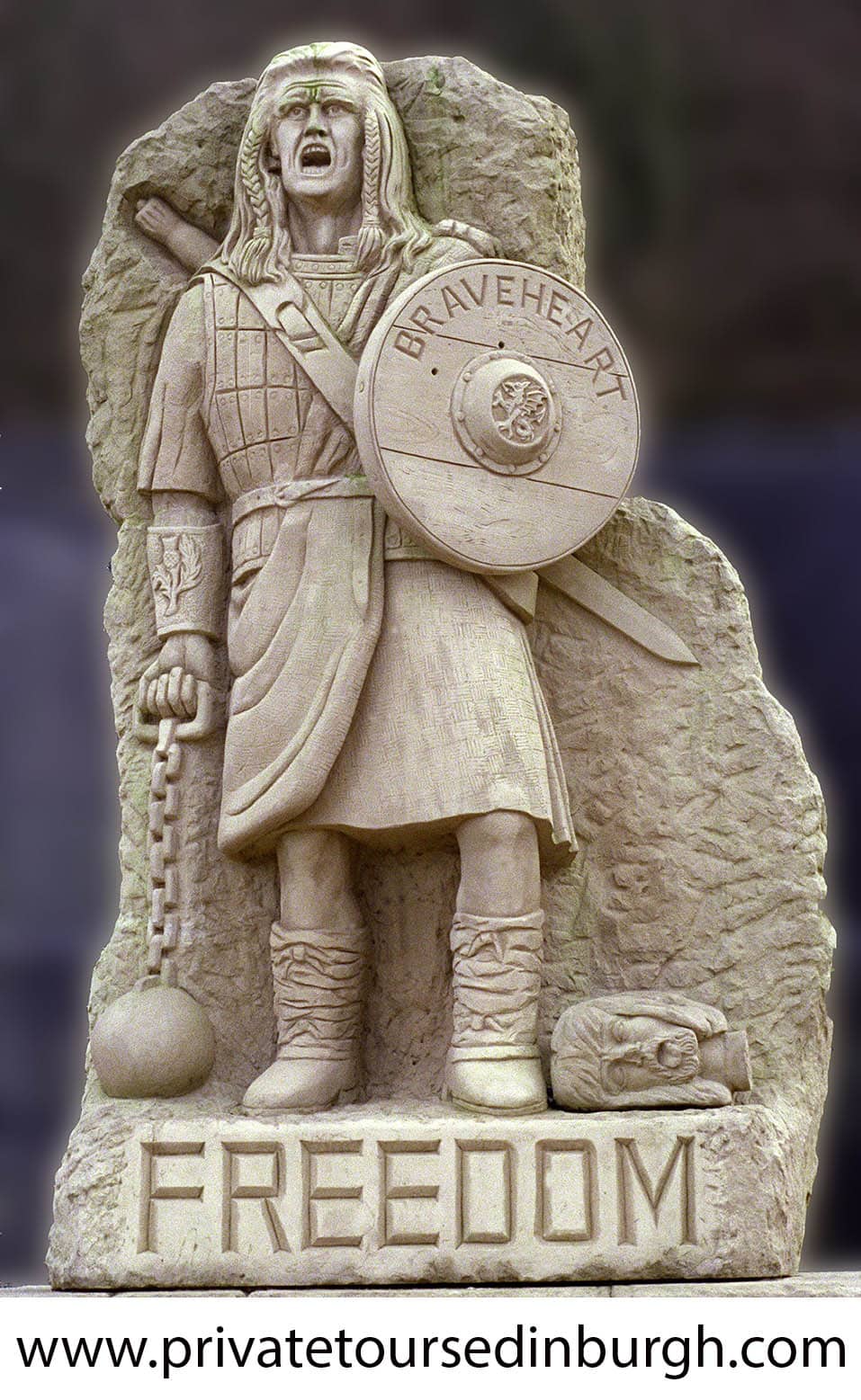 Looking for things to do in Edinburgh ? How about taking the Braveheart tour from Edinburgh of two historic monuments and Bannockburn ?

Featured in this tour –

Normal pickup point is your hotel in Edinburgh city centre. 6 hour private tour around Stirling for up to four passengers. Tours start at 10 am six days a week  .

William Wallace – Braveheart- famous the world over, led Scotland in its first wars of Independence in the 13th Century.

A busy day that will let you follow in the footsteps of Wallace, see the Wallace Sword and get the chance to climb the 246 steps to the top of the Monument.

We offer a comprehensive service , which includes collection from your hotel , transport to each location , and professional tour guide for the day.

Bannockburn is the scene of one of the greatest battles in the Wars of Independence. Robert the Bruce defeated a much larger English army and took a decisive step towards victory in the War of Independence .

The Wallace Monument is Scotland’s national monument to the memory of William Wallace , featuring the refurbished statue of Wallace . The monument is a tower with panoramic views of Stirling and the Forth Valley . The top of the tower can be reached by a spiral staircase .

Stirling Castle is not only one of Scotland’s grandest and most imposing castles, it was also a real favourite with Scotland’s Stewart kings and queens. James IV created the Great Hall, the largest medieval banqueting hall ever built in Scotland, and James V’s Royal Palace, with its lavishly decorated Renaissance façades, was a masterpiece of the period.

Major conservation work has been carried out at Stirling Castle over many years to preserve the attraction as a major national and international monument. The refurbishment of the Great Hall was completed ten years ago . A particular feature of the Great Hall is stained glass windows featuring clan crests . A number of banquets and concerts are held in the Hall throughout the year .

On this tour we pass the Kelpies , two giant equine sculptures which are a fantastic tribute to the Clydesdale horses used on the canals of Scotland in the 19th century .