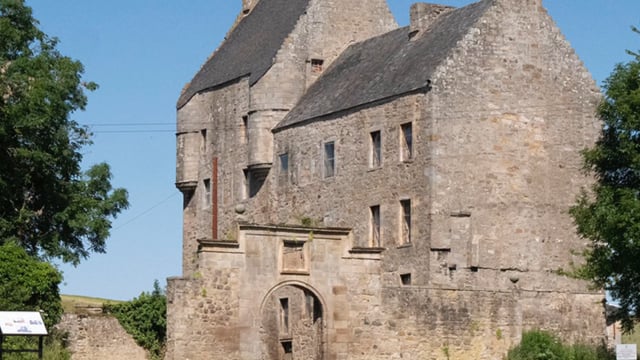 Outlander’s Jamie Fraser ( Sam Heughan ) has revealed that filming for season six has been disrupted due to the Scottish weather. Outlander news from Private Tours Edinburgh .

The 40-year-old heart throb chatted to Phillip Schofield and Holly Willoughby on This Morning about his new movie SAS: Red Notice but when the hosts asked about the filming for Outlander, Sam said the weather had gotten in the way.

Sam said he feared for his safety in case Andy McNab , a diagnosed psychopath , turned on him while they were alone with guns during the making of his new film.

Sam stars in new film SAS: Red Notice – based on the novel of the same name – which tells the story of a small army of well trained criminals led by Laszlo Antonov who have hijacked the Eurostar deep beneath the English Channel.

Although Andy who wrote Bravo Two Zero has been labelled a ‘good psychopath’, Sam admits he was fearful of his safety when there were weapons around.

Holly said: “And are you filming Outlander at the moment?”

Sam replied: “Yes we are Holly. We haven’t got you up yet!”

And when Phil asked how far into it they crew are, Sam said: “We started in January and it’s going well obviously it’s been tough with Covid protocols but also the weather in Scotland has been pretty horrendous. The snow has been bad but it feels like the spring is finally here, there is hope around the corner!”

And Phil laughed as he said he bets having a whisky helps with the cold weather.

Last year, Sam brought out his own whisky , called Sassenach

Sassenach has already been awarded double gold at the 2020 San Francisco World Spirits Competition , despite being a new whisky on the market .