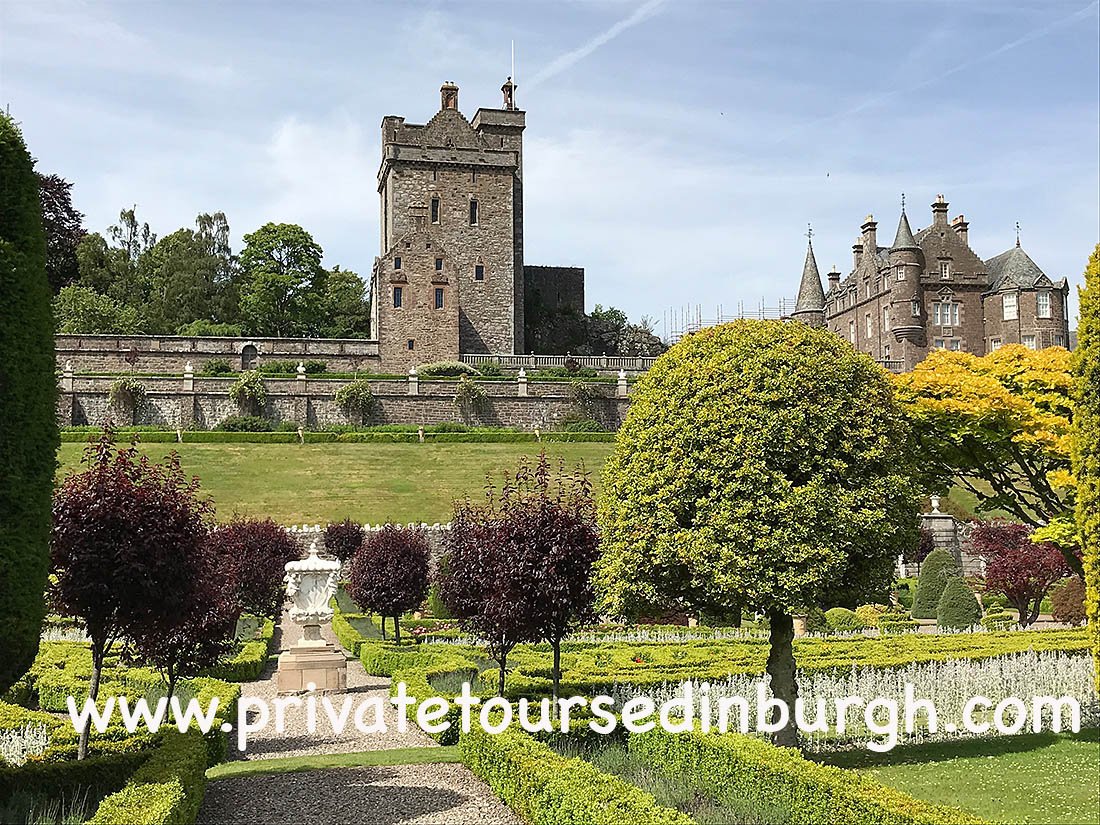 Drummond Castle and Gardens – the grounds, which date back to 1630, are considered “the best example of formal terraced gardens in Scotland”. The castle was used as the Palace of Versailles in an episode of TV drama Outlander.

Drummond Castle Gardens, which are protected as a category A listed building — in contrast to the B listed castle — already attract thousands of visitors per year, and are included on the Inventory of Gardens and Designed Landscapes in Scotland.The gardens — complete with peacocks — feature ancient yew hedges and the remaining beech tree planted by Queen Victoria in 1842.But the grounds — which also featured in 1995 feature film Rob Roy, starring Liam Neeson — could now see a huge boost in tourist numbers thanks to the so-called “Outlander effect”.

It also features in the 20th century episode when Claire and Frank Randall visit the castle on a day trip. Doune has appeared several times on screen and was widely used in Monty Python and the Holy Grail. It also represented the castle Winterfell in Game of Thrones.

This royal pleasure palace and birthplace of Mary Queen of Scots became the backdrop for some of the most harrowing scenes of the TV show Outlander .

Depicted as Wentworth Prison, the prison corridors and entrance were used in episode 15 of the first series when Jamie Fraser was brutally incarcerated by his adversary, Black Jack Randall.

Built in the 1400s and 1500s, the now-ruined palace is set among the spectacular surrounds of Linlithgow Loch and Peel.

Stirling Castle is not only one of Scotland’s grandest and most imposing castles, it was also a real favourite with Scotland’s kings and queens. And their investment in it demonstrated just how much they loved to use it, as well as their desire to ensure it both impressed all who visited it, and represented a statement of their power and wealth. James IV created the Great Hall, the largest medieval banqueting hall ever built in Scotland, and James V’s Royal Palace, with its lavishly decorated Renaissance façades, was a masterpiece of the period.

Major conservation work has been carried out at Stirling Castle over many years to preserve the attraction as a major national and international monument. The refurbishment of the Great Hall was completed a couple of years ago . A particular feature of the Great Hall is stained glass windows featuring clan crests . A number of banquets and concerts are held in the Hall throughout the year .