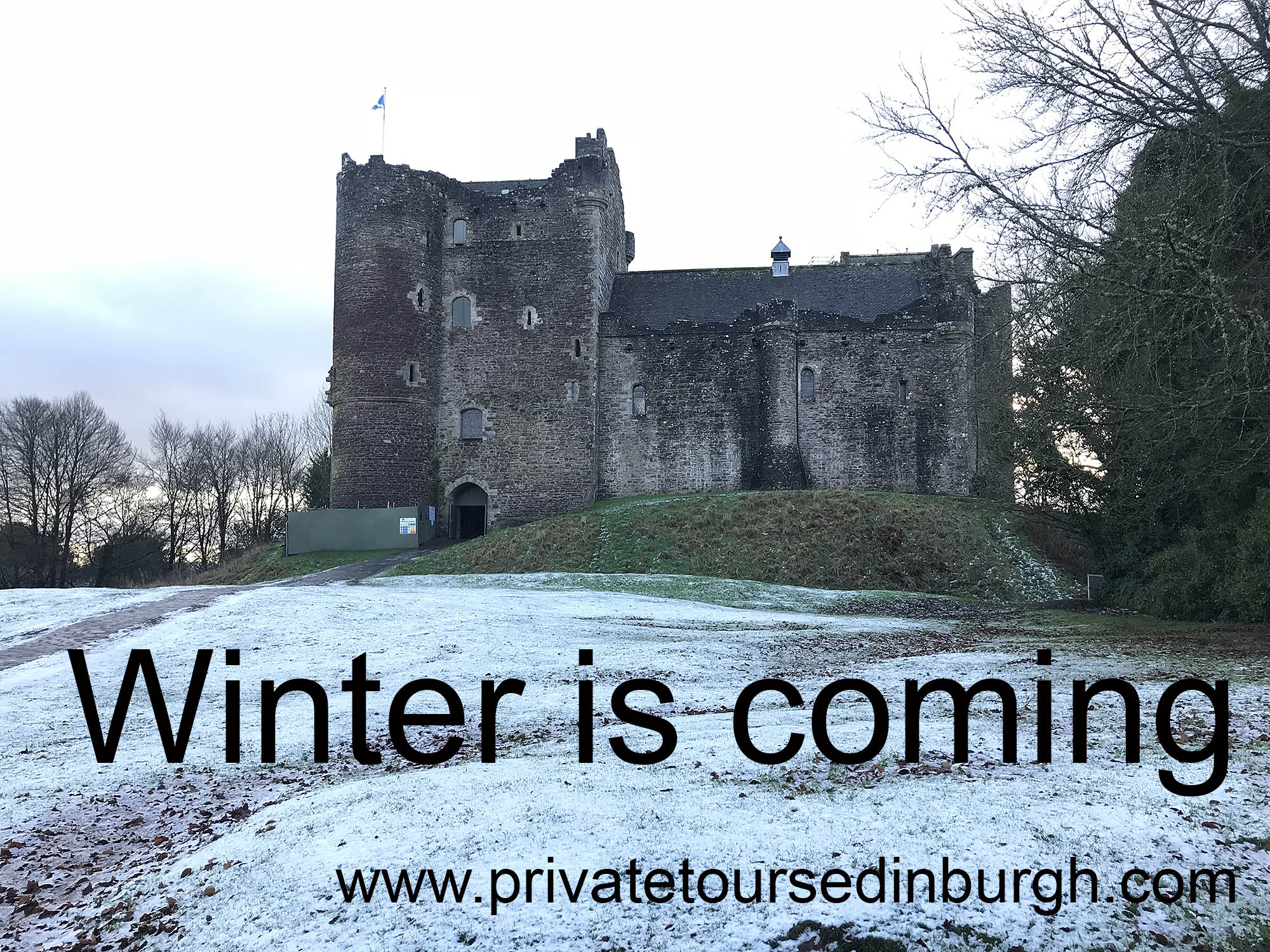 The only Game of Thrones film locations in Scotland is Doune Castle .

The Game of Thrones castle private tour start from 10 am to 2 pm and it includes a transfer from Edinburgh to Doune , a driver/guide , a stay of about an hour at the castle plus a return to Edinburgh .
Your guide will give details of the history of the castle , information about the Game of Thrones filming plus all the other films made at Doune Castle including Monty Python and the Holy Grail .

Doune Castle was used as a location in MGM’s 1952 historical film Ivanhoe which featured Robert Taylor and Elizabeth Taylor. The BBC adaptation of “Ivanhoe” in 1996 also featured Doune as a location.