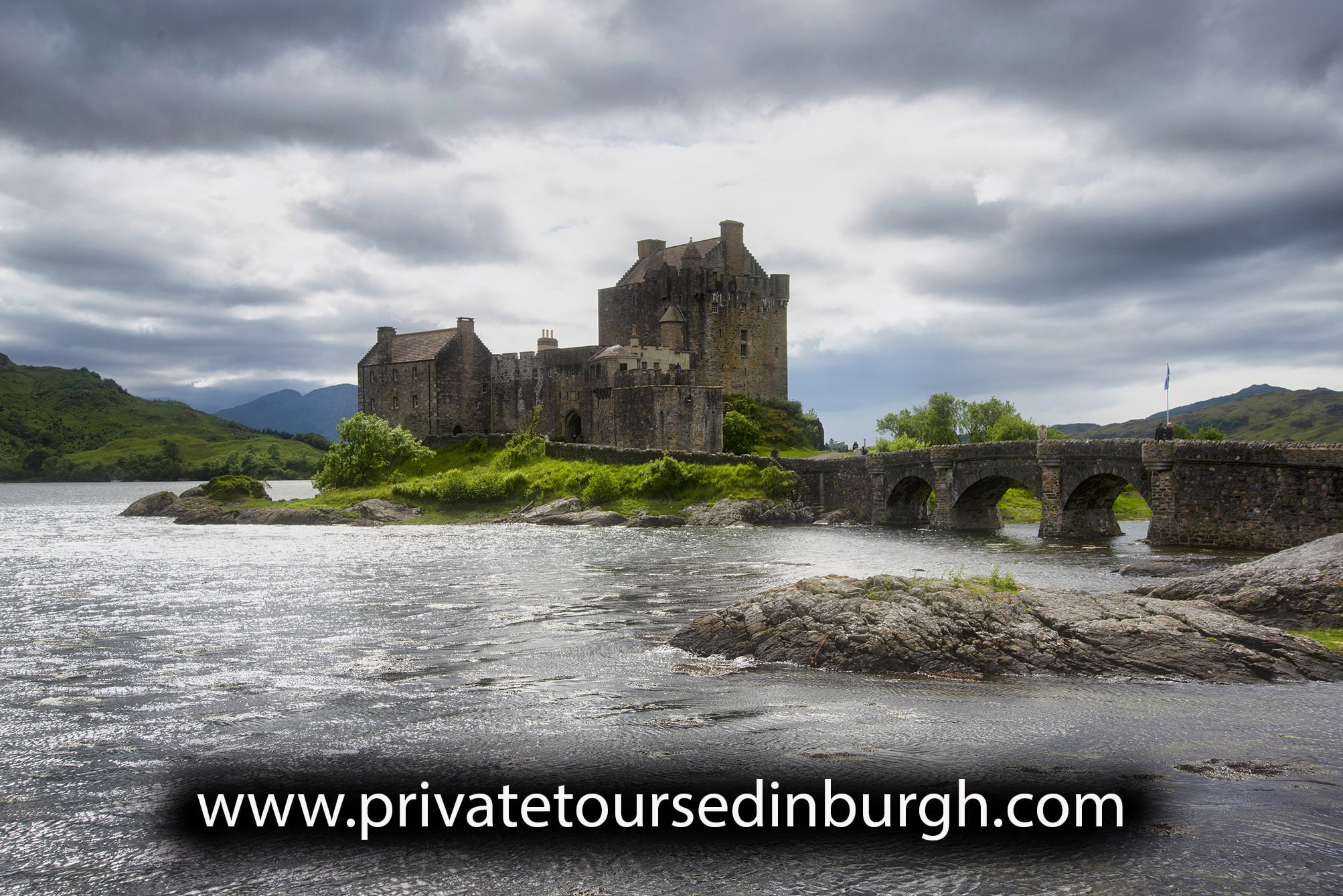 Eilean Donan Castle is a stunning Highlands castle with a long and torrid history .

The castle has featured in a number of films and TV series . The castle starred in an episode of the Avengers ( the sixties TV series, not the science fiction blockbuster ), in which Joanna Lumley made her debut as Purdy.
The castle was a location for the cult classic film Highlander (1986 ) Eilean Donan is the castle of the Clan Macleod , home to the Immortal Connor Macleod . Ramirez ( Sean Connery ) is Connor’s guide to the Highlands . In the James Bond movie the World is not Enough ( 1999) the castle is the Scottish HQ for MI6 . Bond is seen driving his Aston Martin DB5 over the bridge to the castle . In the film Loch Ness ( 1996 ) the castle was used as Urquhart Castle ( actually sited on the shores of Loch Ness ) . In Bonnie prince Charlie ( 1948 ) David Niven plays the Jacobite prince . The Master of Ballantrae ( 1953 ) starred Errol Flynn . The Bollywood blockbuster Kuch Kuch Hota Hai ( 1998) was filmed outside the castle .

History of the castle

The castle was originally built in 1220 . In 1719 it was destroyed by 3 English frigates and it laid in ruins for nearly 200 years. In 1911 John MacRae-Gilstrap bought the castle and rebuilt it over a period of twenty years .

Eilean Donan means Island of Donan (a religious figure from the 12th century). Eilean Donan was Clan MacKenzie’s most important stronghold from the 13th Century until it was destroyed in 1719.
Robert the Bruce was given refuge in Eilean Donan Castle by John MacKenzie, Second of Kintail when he was being hunted by the English at the beginning of the fourteenth century.

The famous Murchison Stone has an inscription about John Murchison of Auchtertyre who was killed in the Battle of Sherrifmuir in 1715. In the upper floor inside the castle there are six bedrooms named Loch Alsh,Loch Long, Eilean Donan, Ballimore, Loch Duich and Conchra.

Eilean Donan Castle was originally built in 1220 and owned by the MacKenzies of Kintail.
The MacKenzies held Eilean Donan right up until until the 16th century. The MacRaes first became Constables of the Castle in 1511 with a lot of control over the surrounding area.

The Castle was garrisoned by Government troops but later retaken by the Jacobites before the Battle of Sheriffmuir.

In 1719 it was held by Spanish Jacobites. Three English frigates sailed into Loch Duich and bombarded the castle with cannon fire until it was in ruins.
The castle them lay in ruins for nearly 200 years. In 1911 John MacRae-Gilstrap bought the castle and start work to restore the castle over a period of twenty years at a total cost of a quarter of a million pounds. Local materials were used wherever possible.

Eilean Donan Castle is on an island in the middle of 3 lochs – Loch Alsh, Loch Long and Loch Duich – and surrounded by the mountains of the Highlands. If you climb the hill overlooking the castle you can see the Isle of Skye. The castle is next to the village of Dornie and about 10 miles from the Kyle of Lochalsh and the bridge to the Isle of Skye . The castle is on the west coast of Scotland, about 90 miles north of Glencoe and about 200 miles from Edinburgh.
There are many private tours from Edinburgh to the castle.

Due to a change in Scots law it is possible to get married in a Scottish castle. The castle is open most of the year and it is run by the Conchra Charitable Trust.