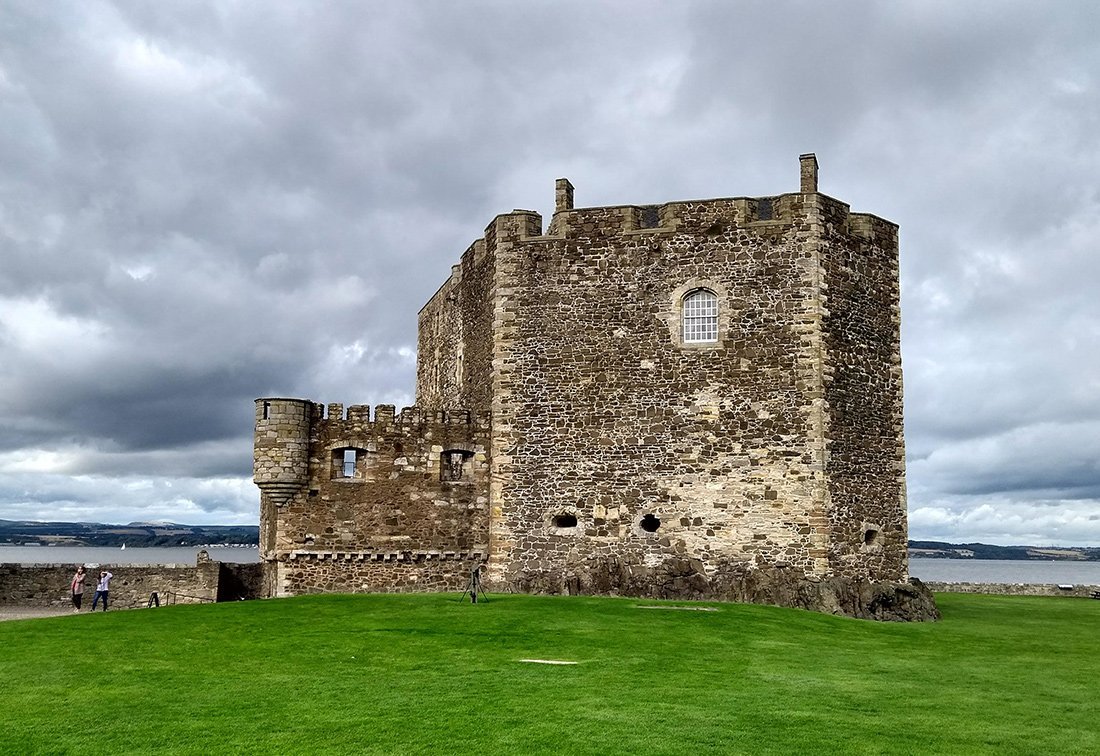 Tours start at 10 am . Our private group tours take up to four people to three Outlander filming locations. We also offer bespoke private tours with the option of choosing your own itinerary .

Tours start from locations in Edinburgh .
Normal pickup point is Edinburgh city centre from your hotel or accommodation .

On this tour we visit various locations used for filming the hit series Outlander. Based on the best selling novels by Diana Gabaldon, Outlander is filmed in a number of locations in castles and towns in  central Scotland.

The first location on this Outlander tour is the historic town of Falkland. The town is the setting for episode one where Frank and Claire Randall come to Scotland on holiday. Falkland Palace is a historic building and shops and  features can be recognised , including the town square fountain where Frank encounters Jamie Fraser ’s ghost watching Claire through the window.

Doune Castle was built in  1400 for the first Duke of Albany and provides the setting for Castle Leoch in Outlander. It was also the set for Winterfell in Game of Thrones and Monty Python’s Holy Grail.

Filming of the Outlander TV series has taken place in Scotland . One of Outlander’s first scenes was filmed in the picturesque town of Falkland, which stands in for Inverness in the 1940s . The show is based on American author Diana Gabaldon’s series of historical novels, which sees nurse Claire Beauchamp Randell mysteriously swept back from 1945 to 1743 Highland Scotland
.  Falkland features some familiar sights from the TV series , including  Mrs Baird’s Guesthouses (actually the Covenanter Hotel), the Bruce Fountain where Claire comes across the ghost of Jamie, and the building that doubles as Farrell’s Hardware and Furniture Store.
Most of the filming will take place in Scotland,  according to the show’s executive producer Ron Moore .
Scotland’s stunning landscape, with its rolling hills, rugged mountains, picturesque towns and villages, castles and sprawling beaches has provided the perfect backdrop for the world of cinema.
Executive Producer Ron Moore has commented on Scotland : “The landscape itself is a character in the show. There’s a particular quality to the light in Scotland, even to the grass and the trees.”