This autumn, the BBC is to screen a new 90-minute comedy drama, Holy Flying Circus, which will focus attention, once again, on the furore created by Life Of Brian. Released in 1979, Monty Python’s Life Of Brian is now a comedy classic.Sue Jones-Davies star turn as Brian’s feisty girlfriend, Judith Iscariot, was the most significant role the Pythons ever gave to a woman.

Monty Python’s Holy Grail also caused a lot of controversy at the time .
Much of the film was recorded at Doune Castle in Scotland . Doune Castle tours can be booked online or phone 07305-294773 .

This autumn, the BBC is to screen a new 90-minute comedy drama, Holy Flying Circus, which will focus attention, once again, on the furore created by Life Of Brian.

‘The film is phenomenal,’ says Sue, in a rare interview. ‘But when we were making it I don’t think many people thought it was going to do very well. It was very left-field.

‘When the money man, Bernard Delfont, finally read the script he pulled all the money out, just days before we started filming. The Pythons were very worried about getting distribution.’

They were right to fret. Their tale of Brian Cohen, who is mistaken for the Messiah and ends the film being crucified as Eric Idle sings Always Look On The Bright Side Of Life, caused a riot of religious controversy. Banned in Ireland, Norway and in large parts of Sue’s native Wales, it enraged churchgoers from Mary Whitehouse to the Bishop of Southwark.

And of course audiences flocked to see it where they could. Billed as ‘the film so funny they banned it in Norway’, it made more than £15 million at the box office – a fortune in those days. Today it is still widely considered one of the funniest movies ever made.

‘I had no idea the film was going to create such a fuss,’ says Sue. ‘Or that 30 years on, all these blokes would still be quoting the dialogue at me – particularly “Brian, leave that Welsh tart alone” and “He’s not the Messiah, he’s a very naughty boy.”

She adds: ‘I’ve never been a Python fan. I never even had a television. But the film is still so popular.

‘People often tell me that if I’d had a penny for every time the video went out, I’d be rich. But back then I was paid £300 a week, which seemed like masses of money.’

As a 62-year-old local councillor, yoga teacher and grandmother who likes nothing better than to hike up a mountain and recite poetry, Sue’s life is now wholly different from the one she led in the late Seventies. 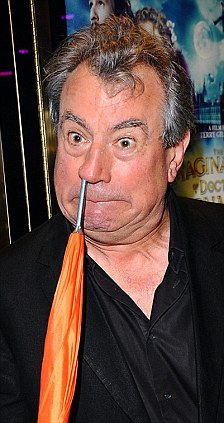 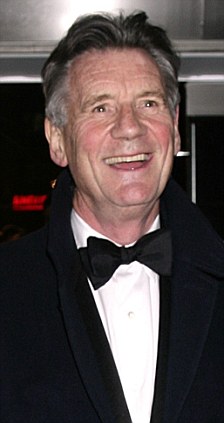 ‘It’s a real testimony to Aberystwyth that we never had any unpleasantness from anyone. That encourages me to feel good about human beings because a lot of the time it’s the other way round – you think, ‘‘God, what a species.’’ ’

Born in 1949, Sue Jones-Davies is as Welsh as her surname implies. ‘My father was a maths teacher and my mother was a housewife. One was from North Wales and the other from South Wales. Here, they call that a mixed marriage.’

An idyllic childhood spent in the open air, scampering across beaches, up mountains and through forests, was followed by three years at Bristol University, where Sue took a degree in English. There she fell into acting, almost by accident. 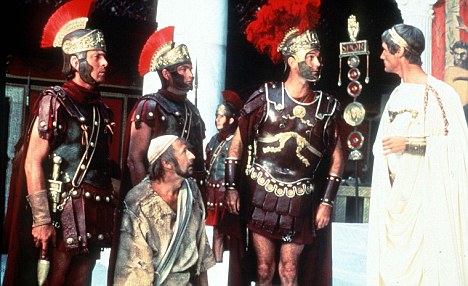 Life of Brian: The film was shot in Tunisia in 1979

She recalls: ‘The first person I met was Colin Sell – who is now the piano player on BBC Radio 4’s I’m Sorry I Haven’t A Clue.

‘He thought I was Italian, because of my black hair and my accent, and when I told him I was Welsh he said, “Well, you must be able to sing then.” He was writing songs for the reviews in Bristol and he drew me in.’

It was at university that Sue met Langham, a bright and amusing fellow student, in a production of The Boyfriend.

He was already writing sketches for comedy legend Spike Milligan. In Sue’s third year they took their troupe, The Revunions, to the Edinburgh Festival and the show was later picked up by the Hampstead Theatre in London. 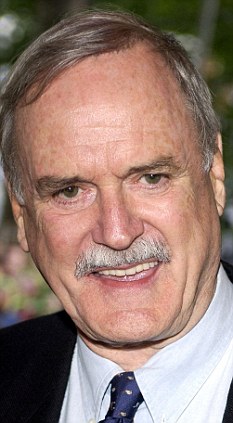 After Sue graduated, she and Langham set up home in London. As he worked on his comedy writing, she landed a role in Jesus Christ Superstar.

In 1977, when Sue was 28, the comedy part of a lifetime came up, quite unexpectedly. The original actress cast for the part of Judith Iscariot in the new Monty Python film had decided to turn it down.

Sue says: ‘They wanted an actress who looked a bit Middle Eastern. The other girl had dropped out because she thought Monty Python were just using women and she didn’t like the nudity.

‘My feminine side at the time probably would have wondered what I was doing with them. But I read the script and just laughed.

‘The audition was completely nuts. They weren’t really paying any attention. Terry Jones, who was directing the film, was trying to do it properly and the rest of them were just mucking about, saying, “Oh give it to her, she’ll do.” I left not knowing whether I had got it.’

Sue, who had wild, jet-black hair, a beautiful figure and striking face, had just the sort of exotic good looks they wanted – together with a strong Welsh accent they appeared to find inherently comedic.

She says: ‘The members of Monty Python were all of a particular ilk. It was a public-school, male, white, middle-class club. I don’t think they have ever written with women in mind.

‘That’s obvious, really, as it’s always the men who remember all the Monty Python lines.’

She adds: ‘There are some very weird things going on in the male psyche. The Pythons seemed to love dressing up as women and putting on funny voices.’ 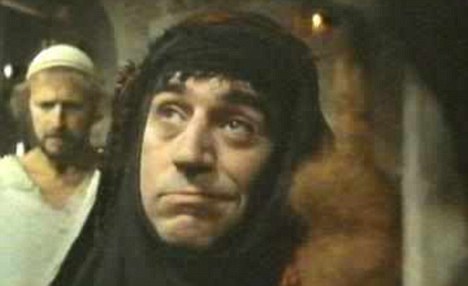 ‘The members of Monty Python were all of a particular ilk. It was a public-school, male, white, middle-class club’: Sue Jones-Davies on her time spent with the funnymen

Sue flew out to Tunisia to begin filming. Siencyn was just seven months old, so Chris went too, as babysitter. ‘Everybody who turned up, from Spike Milligan to George Harrison, got roped in to playing a leper at some point,’

‘We had a wonderful time on set. The Pythons could ad-lib so quickly. There was nothing you could add. I got on best with Michael Palin and Terry Jones. 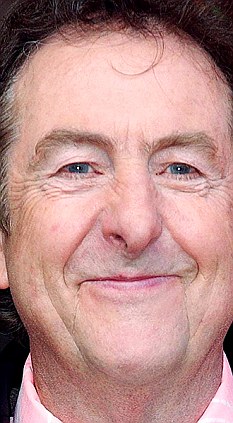 Difficult: When Sue Jones-Davies worked with Eric Idle (pictured) he had just split from his wife

‘John Cleese was always busy writing and Graham Chapman I found quite spiky – he had just come out as a gay man and was a bit ambivalent towards women.

‘Eric Idle was also going through a difficult period as he had just split up with his wife.

‘The most terrifying experience wasn’t the nude scene – but going carpet-hunting with Terry Gilliam.

‘To get to where they were sold, we had to cross a flooded river. Terry insisted on crossing even though all the local people said not to.

‘I remember very vividly sitting in the car as the back filled fast with water, thinking, “Uh, oh. We’re going to die.” But we got to the other side. And I still have the carpets I bought – although they have holes in them now.’

When the film was released, it was banned in Sue’s home town and her parents never saw it.

But bolstered by her post-Monty Python fame, Sue pursued a career in comedy.

She joined The Raving Beauties, a feminist comedy troupe who appeared on the first night of Channel 4.

She also appeared in Brideshead Revisited and the comedy sketch show It’ll All Be Over In Half An Hour, with Nicholas Lyndhurst and Andrew Sachs. 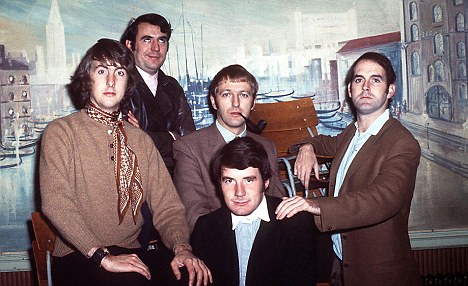 Comedy: Monty Python became one of the most influential comedy groups of all time

In 2009, Sue played her own role in reviving interest in Life Of Brian – when as mayor of Aberystwyth she overturned a 30-year ban on the film in the small Welsh town.

‘Soon after I was elected, somebody at the BBC called me up and asked me if I knew that The Life Of Brian had been banned in Aber.’

A story about the ban was then put up on the BBC website and Sue’s phone began to ring off the hook. ‘It was very hard to say I couldn’t give a monkey’s if it was banned or not. Suddenly my stint as mayor was obviously to un-ban this film.’

When the town clerk had a heart attack, Sue had a brainwave. She would screen the film at the local arts centre to raise money for the British Heart Foundation.

‘I rang Terry Jones and asked if he wanted to come, and he asked if he could bring Michael Palin. They didn’t want a fee, they didn’t take expenses. They were just delightful, witty, and everyone adored them. Photographers came from all over the world.’

She may not give a monkey’s but after 32 years, Sue Jones-Davies remains the valiant ‘Welsh tart’ who took a naked leap into Brian’s heart and British comedy history –however hard she tries to bury herself under the humdrum concerns of the residents of Aberystwyth.